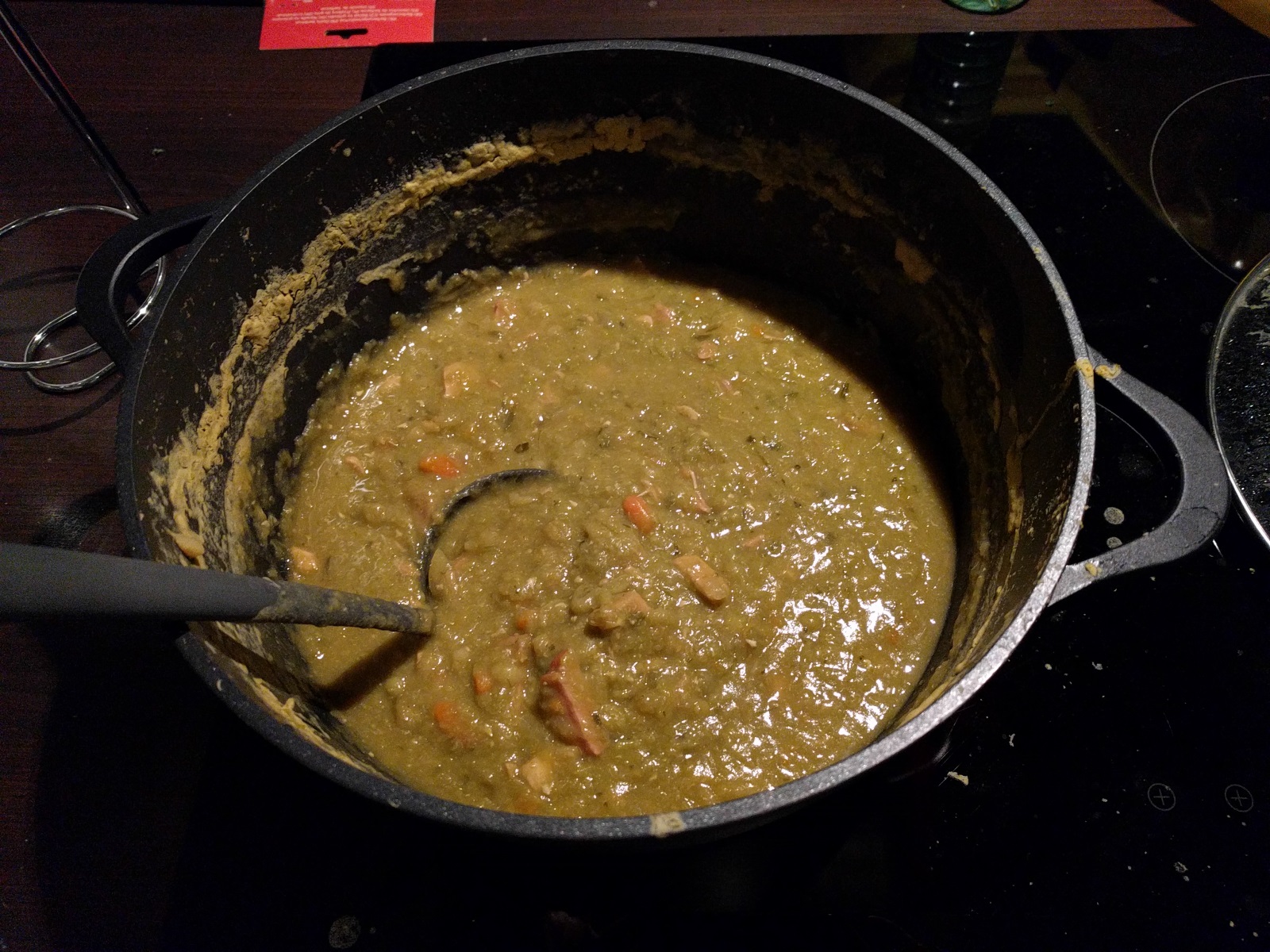 Got this recipe from my mother in law. She’ll always make it better, but for my first attempt I would say this worked out amazingly. As I am writing this, I am sitting at my computer very satisfied but regretting having that last serving… I am completely stuffed. On to the recipe.

To serve four (if they are very hungry) to six, you will need:

This is quite an easy recipe but it takes a while. Start by putting all of the peas in a large bowl of water. There should be at least twice as much water in there than there are peas. More is better, the peas will about double in size. Leave them there over night.

The following morning (or at the latest start of the afternoon if you want to eat that night), rinse the peas so they are nice and clean. Put 3 liters of water in a large pot and add the peas and ham. Slice up the onion (make it larger than I did in the picture, it’ll help you on the next step) and add those as well. Let this simmer on low heat for a while until the ham is cooked. 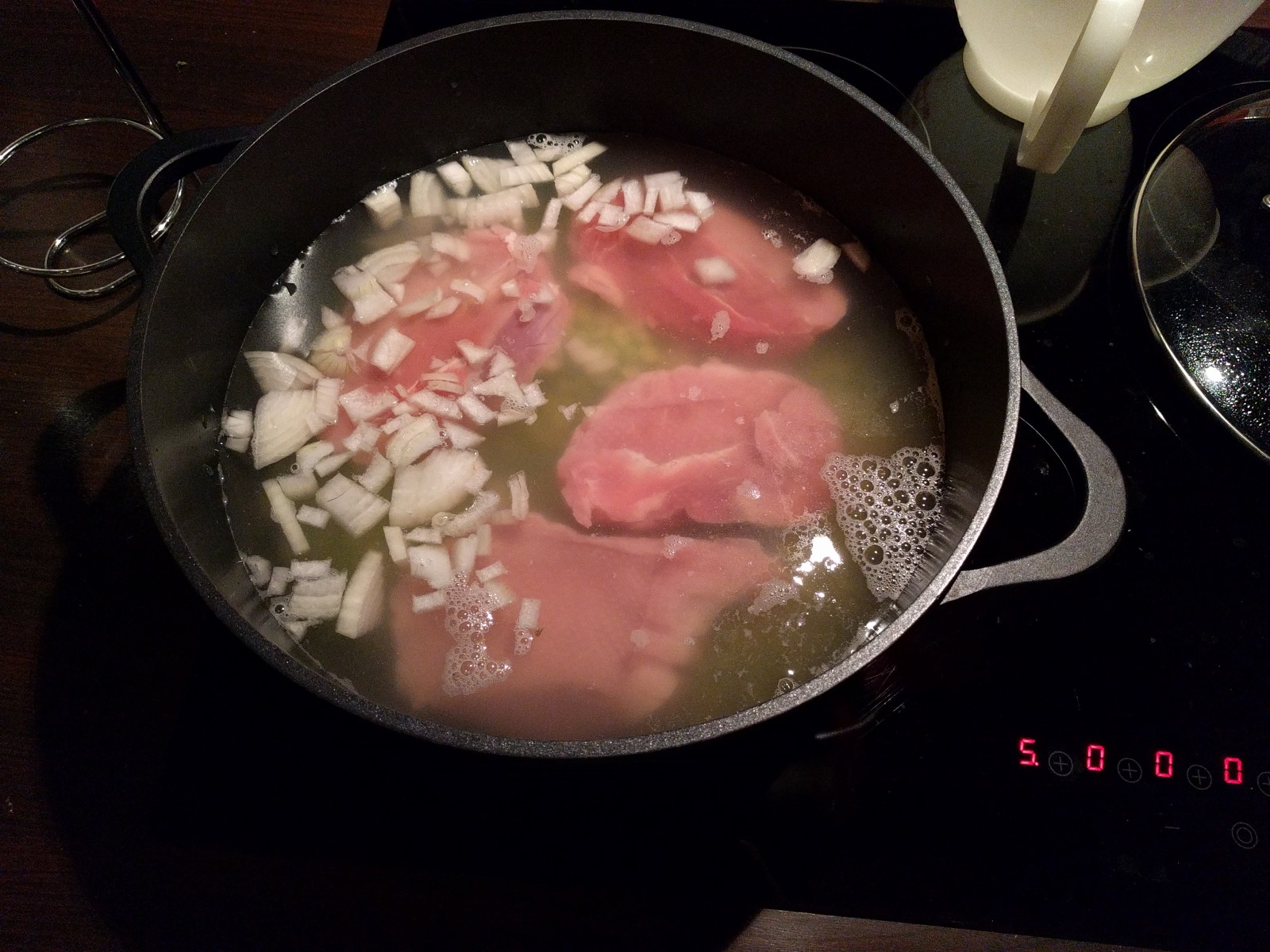 If now or at any point during the recipe you start seeing foam, take a skimmer and scoop it out. The judges are still out on whether this is required. Most people I’ve heard from tell me this is mandatory, but being ever the sceptic I have tried to find a scientific reason for this and couldn’t. Best I can do is it tastes a little bitter (this is coagulated protein from the peas) and it looks less savoury, but you can probably just stir it in if you don’t want to skim it.

Now take out the ham, put it on a cutting board and cut it into little pieces. The size depends on your taste – I made them about 2cm so they would still be whole in the end result, but my girlfriend prefers them smaller so the pork will fall apart into little “strings”. Put the ham back in and add the vegetables. Also add a couple of bouillon cubes to taste (on the package it said 2 per liter, but I tend to find these too salty so I only added 2 to the pot).

Now you wait! Add a little more heat so it stays just below the boiling point and stir every so often. This takes quite a while. After a few hours, the skin on the peas should start disintegrating and you will end up with that deliciously creamy soup. I consider the soup “done” when you can barely sea invidivual peas and your spoon will stand up straight when you put it in. Now cut up the rookworst, add it in and let it heat for a few more minutes.

This soup tastes delicious with some bread. The traditional recipes call for rhye bread with smoked bacon, but any bread will do.

Most people also agree that this tastes even better the next day. I can never wait though so I have some when it’s done and then some the next day!