Previously, when running a Windows Container, you had to jump through some hoops to access it from your host. In a browser for instance. On january 9th, a new version of Docker for Windows was released which makes this a lot easier.

END_OF_DOCUMENT_TOKEN_TO_BE_REPLACED

Just made these, from a recipe by Kayotic. They were delicious! 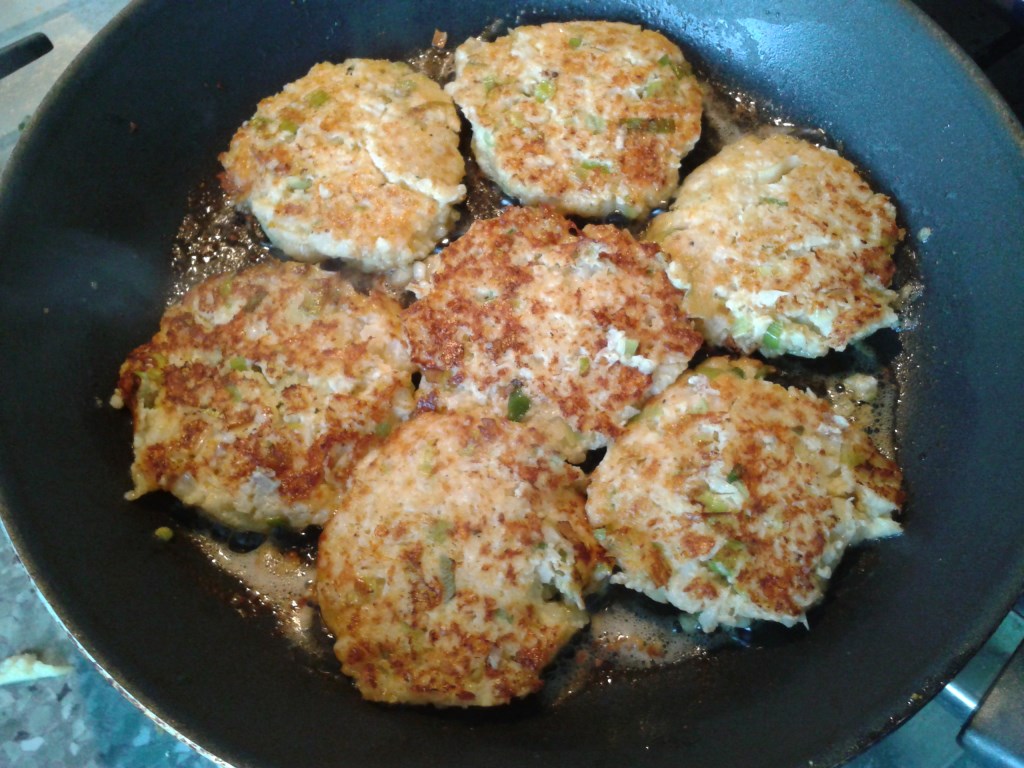 “Hi person! Did you enjoy your breakfast? I have the best job ever for you, but I will not tell you much about it. Call me today to find out more!”

In my few years of experience as an IT professional, I have been approached by quite a few recruiters whose messages I have not given more than 1 minute of my time. Some of them did get a response, but mostly a negative one. I would say only about one in ten messages warrants reading further than the first paragraph.

Why is this though? Surely helping potential employers and potential employees get together is a worthwhile venture for all parties involved? Since I am convinced that not all recruiters have the “spam-do” attitude and that people can improve, I’ve written this post to hopefully make the world a better place :-)

Looking through my e-mail and LinkedIn message history, I’ve made a list of things recruiters could do to pique my interest. Most of these points will probably apply to other fields of business as well.

END_OF_DOCUMENT_TOKEN_TO_BE_REPLACED

On October 14th, 2014, Microsoft released several patches for ASP.NET. Three of these were for MVC, and they had some nasty side effects for the project I’m currently on. I will explain the three snags we hit with this update and how we solved them.

This is the most obvious of the three. After installing the update, we got all sorts of compiler errors, like:

This error is sort of buried in all kinds of resulting errors:

END_OF_DOCUMENT_TOKEN_TO_BE_REPLACED

At my current job we have built an application that supports long running processes (up to about 8 months) using Microsoft Workflow Foundation. We have currently made about 15 releases in 2 years, with an ever changing process definition. In this post I will explain one of the most important lessons we have learnt during this time.
END_OF_DOCUMENT_TOKEN_TO_BE_REPLACED

One thing that’s always bothered me while playing Minecraft, is that when you cut down a tree the leaves stay in the air for what seems like an eternity. I’m currently running a small Minecraft server for a few colleagues and friends, and since I’ve made the move to modded Minecraft quite a while ago, I was sure there is would be a mod that fixes this. And there is – Random Things by lumien.

The problem is that we currently use a mod pack which does not include this mod, and I would prefer not to have to tell the players on my server that they have to add a separate mod every time they update the pack. So, being a developer and considering Random Things is open source and under the MIT license, I extracted the desired functionality into a mod of my own: FastLeafDecay (GitHub).

This was my first foray into Java since I left university, as well as my first GitHub project. I have to say I’m impressed with the work MCP and Forge take off your hands when it comes to making mods, despite how difficult Mojang insists on making it. After setting up the project, all that was left was finding the code that “fixes” the leaves. While I’m still not entirely sure what it does, it certainly looks impressive and I take my imaginary hat off to lumien for this!

I hope someone enjoys this. This version of the mod only fixes the leaf decay, has no configuration settings and most importantly does not need to be installed on the clients.

An issue I have been running into while trying to automate our web application is that some controls appear to be blocked. I would get error messages like this:

I removed some of the lines to keep the message short. The main point here is the text “Another control is blocking the control.”
END_OF_DOCUMENT_TOKEN_TO_BE_REPLACED

A few weeks ago, a colleague of mine – Marcel de Vries – gave a presentation on a wednesday evening as he regularly does. This time it was about Visual Studio CodedUI and I was instantly sold. Think of the time we could save on our project by automating our regression test set! I immediately set about (in my spare time, since nobody asked for this – yet) to try and automate a full run-through of the project I’m currently working on.

I chose the manual route of automating the various controls on the web application we’re developing, rather than using the record and playback feature. As I’m doing this, I sometimes run into things that require some investigation. I will use this article, and perhaps a few of the following articles, to discuss the issues I ran into and how I solved them.

I am automating a web application that was not built with automation in mind. As such, we did not add IDs to elements that did not strictly require them. Instead of changing that, I chose to view this as a challenge and see if I can still build an efficient set of page objects.

That’s what I was wondering. END_OF_DOCUMENT_TOKEN_TO_BE_REPLACED

I thought this was pretty cool:

I wanted to make something like this after seeing a similar visualization of the Minecraft source repository. Obviously it looks a lot better with multiple people working on a long running project, but my employer would probably not appreciate me posting images of their repository. So I used my repository from a little HTML5 Tower Defense game I started earlier this year.